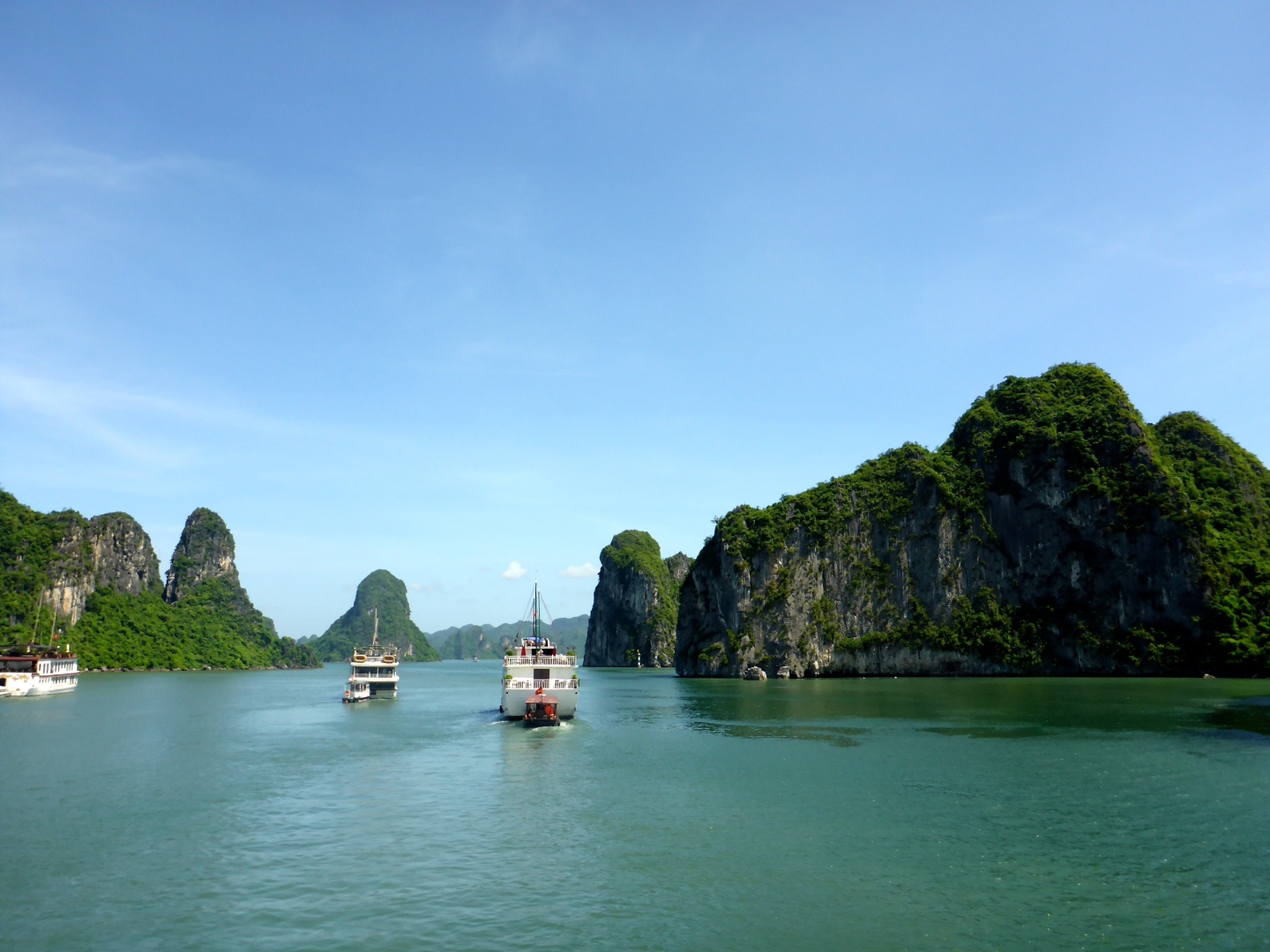 I’d met Karlee 4 months ago during my tour of Thailand. She’s weird, I’m weird, and we had some weird times so we agreed to reunite in the future to take on Vietnam.

She braved the 36 hour bus ride from Vang Vieng to Hanoi (props to Karlee) while I splurged and went for the one hour flight out of Luang Prabang. We arrived 15 minutes apart to our hostel (make that: night club) in Hanoi. Checking in at 10 pm with two backpacks and travel grunge whilst drunk white girls danced on tables, bartenders handed out free shots, and strobe lights disoriented the locals was quite the first impression.

Hanoi, in general, was quite the first impression actually.

Our first night there, we (meaning myself, Karlee, 2 British Stranger Friends and around 30 other tourists) were corralled across a highway at 2 am by a Vietnamese man who told us to keep quiet as we meandered through sketch alleys to reach a strange (and slightly creepy) after-hours club. Welcome to Hanoi nightlife.

Then there’s the people. I’d been told that the Vietnamese are a lot less friendly to foreigners than other South East Asian countries but to witness it first-hand was a bit of a shock. Our first day there we had a number of less than friendly run-ins with locals while attempting to run errands. All I needed was a new towel, a memory card and to hit up a post office at some point. In the process of accomplishing these tasks I was glared at, refused service, ignored, and just all around ripped off.

Obviously not all Vietnamese people are unfriendly and we’ve definitely met some great ones further into our trip. However, you definitely do notice a shift in attitude when coming from other countries in the region and my first impression was not all that favourable.

Now for the Hanoi traffic. It’s quite comical really, particularly in the Old Quarter. The place has Bangkok levels of traffic (meaning excessive amounts of motorbikes) except they don’t really have sidewalks so walking down the street is…an experience. I swear half the motorbike riders purposefully try to scare you. They have plenty of room to go around yet will come straight for you, making you jump to the side (I should add that Hanoi intersections are not just 4 streets so you have the bikes coming at you from all directions).

The plus side of Hanoi is that they have a street for everything. Towel Street, Silk Street, Sewing Street, Sundae Street (where we found amazing iced coffees complete with whip cream and sprinkles for $1)…whatever you’re looking for, they’ve got it.

Hanoi was a bit much so we quickly booked a trip out of there, embarking on a 3-day party boat to Halong Bay. It was pretty, but much like Angkor Wat I knew it would be and you knew it would be so I won’t bore you with the details. Essentially, we looked at rock formations, spent a night on a boat, spent a night on Castaway Island, and played a lot of drinking games with a group of 50 tourists.

The highlight was when Karlee and I tired of the drinking games and decided to befriend the locals at Castaway. We taught them to sing Stop by the Spice Girls (complete with hand movements) and they taught us how to smoke tobacco from weird Vietnamese bong-like structures (not that I like tobacco…ew).

Those were our beginning days in Vietnam; our reunion. We shall now embark on our month-long Nam Adventure, heading from North to South.