I was so impressed with Singapore. Like…so impressed. This post is gonna be a long one. I have a lot of gushing to do.

If you know anything about Singapore, you know that they have a lot of rules with accompanying hefty fines (No chewing gum, no durians on the train, no peeing in elevators, no walking around the house naked…). People harp on the country/city for this, but you know what? It works. The city is so orderly, and clean, and cool, and just all around fabulous. I was a big fan.

I arrived on a night bus from Malaysia at 4 o’clock in the morning. I was feeling rather poor (having just decided I needed a GoPro in my life) so decided to boycott the taxis and walk across the city to my hostel. Pretty sure this is the only city in Asia where you can walk the streets at 4am and feel perfectly at ease. No hobos, no tuk tuk drivers offering you crack, just bliss. Peaceful bliss.

My time in Singapore was action packed (I had only 4 days and wanted to see everything) but I was ready for it. My first day there I had made an Aussie (though technically South African…or maybe Kiwi?) Stranger Friend and was on the train to see some cloud forest thing by 7am.

Boarding the train I was already impressed. It was spotless. And so full of kindness! 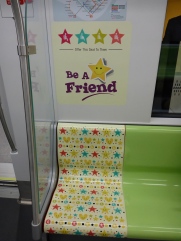 While our train stations smell like urine, theirs smell like baked goods. Singapore, you’re doing it right.

We started our day with the Gardens by the Bay, which is exactly as it sounds: a series of gardens near a bay. But these are no ordinary gardens…no no…these are spectacular gardens! There was a giant indoor waterfall, a massive plant covered-thing surrounded by indoor clouds, a series of fake Avatar-looking trees with a sky walk, and more. Gardens don’t usually excite me, but this was cool. Again, Singapore, you’re doing it right.

That night I had plans to meet up with a Singaporean Stranger Friend I’d met in Myanmar and invited my new Aussie friend to come along. We had some time to kill beforehand so we wandered to Merlion Park to see a light show and check out the skyscrapers at night. (Oh yea, their country’s symbol is a merlion. A merlion! They even have merlions on their money. It kills me).

Even the walk from the train to the park was fantastic. Everything was just…on point. The hotels were gorgeous, the streets perfectly clean, the shrubs immaculately manicured…literally everything has been built to perfection. Example: our bridges have homeless people living under them. Theirs have ice cream shops and mood lighting. (Oh, and Merlion Park smelled like laundry. How do they even do that?!)

It was after the light show that my Aussie Stranger Friend and I found heaven in the form of a Magnum Ice Cream Pop-up Shop. For $7 (a bargain considering other ice cream shops charged $5.50 for a scoop of vanilla) you could design your own Magnum ice cream bar. Toppings included, but were not limited to, rose petals, crunchy sparkles, and gold.

My level of excitement was embarrassing. I obviously ordered my ice cream encrusted with gold flakes (because YOLO) and it was out of this world amazing. We may or may not have returned for seconds the following day.

Post-ice cream heaven we met up with the Singaporean Stranger Friend I’d mentioned for a traditional Singaporean dinner with him and his people. It was delicious and felt, like, authentic…or whatever…so that was nice.

This post is getting far too long and I’ve only covered Day 1 so I’m going to cut down to the highlights.

I went to Sentosa because I had been told that they have a giant statue of a merlion (and I was truly loving this whole merlion thing). Sentosa is a small island off of Singapore that is kinda sorta like a theme park. It is a mixture of Times Square/Hollywood/Disney Land (they have a Univeral Studios, for example…but also a beach and nightclubs) wih expensive pricing to match. I, being on a budget, was there to see only the merlion.

You can take a gondola to the island but I’d read you could also get there by boardwalk for 1/50th of the price. The website made it sound like a chore (you are essentially walking across the ocean to another island) so I braced myself for an all out trek.

I laughed when I arrived. Yes, you cross an ocean, and yes, it is a teensy (and I mean teensy) bit of a walk, but with Singapore being Singapore, they’ve installed escalators across the entire boardwalk so you can literally just stand there and make it across. Oh Singapore…you’re doing it right?

The giant merlion was exactly what I expected. Stupid, but hilarious. You watch a super cheesy (and extremely enthusiastic) movie about the history of the merlion and then take an elevator to the top where you can look out of the merlion’s mouth towards the city. You then walk over to a series of mini merlions, press a button, make a wish, and the merlion spits out a gold coin which you can redeem for a prize. Then you get free ice cream. To anyone else, this probably sounds ridiculous…but I loved every second.

Drinking in Singapore is astronomically expensive…unless it’s a Wednesday and you’re female. Every Wednesday, night clubs across the city offer drink tickets, shooters, free-flow alcohol, makeup samples…basically anything and everything to entice the female kind to go there.

We hit up the clubs in the Clarke Quay area and it was definitely entertaining to see how Singapore does nightlife. I was…underdressed…to say the least, but I did have a lovely time. Spending nothing in a city that charges $20 for a cocktail? Ladies’ night in Singapore…they’re doing it right.

I feel as though I have thoroughly expressed my love for this near perfect city (it’s expensive. That’s my only complaint) so let’s wrap this baby up. China Town, Little India, the Arab quarter, the shopping malls, the marina, the hipster area…Singapore somehow manages to add a little somethin’ somethin’ to them all. I (in case you haven’t noticed yet) really enjoyed this city. 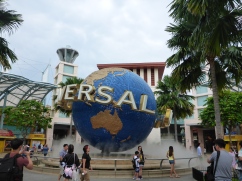 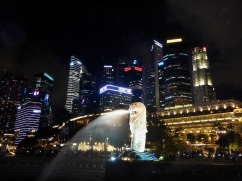 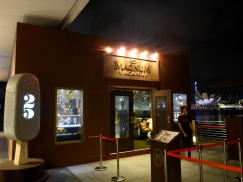 Everyone together now: Singapore, you’re doing it right.