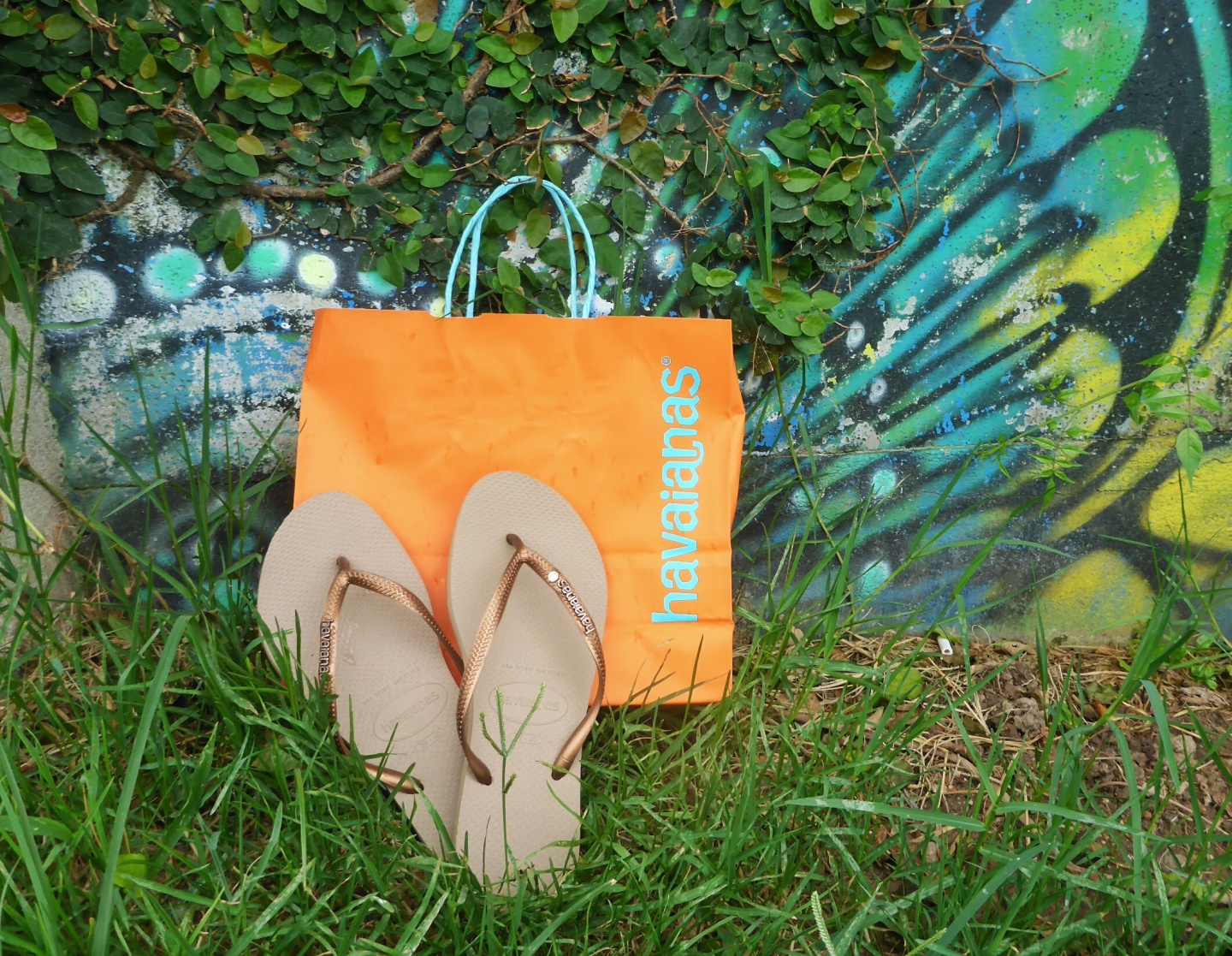 After nearly a year and a half back in Canada I’d had my “real life” fix and was ready to head back on the road. My Australia working holiday visa had long expired so I nixed that idea (for now) and decided to cross off a different destination wish list item instead: South America. I really hadn’t done much research (Lonely Planet’s mentions of shootings, car jackings and kidnappings made me nervous so I stopped reading) but I’d heard good things (via WOM…they said I’d be fine) and the start date of my trip coincided nicely with Rio’s world-renowned Carnival celebrations. I would start my adventures in Brazil.

To be honest my first days in Brazil weren’t the best, but it was mostly because of the weather and the fact that Carnival season is the high season aka the worst possible time to enter the country.

To start, I had the worst flight itinerary ever leaving Canada due to a last minute change in flights. 37 hours travel time with 4 stops and over 19 hours in layovers (the things we do to save a buck) to fly into a city I’d heard nothing positive about. I got off the plane extremely sleep deprived and all I saw was rain and graffiti.

Legit, the amount of graffiti in this country is insane. Sure, some of it is pretty and decorative but in the grungy port city of Porto Alegre (the place I flew into as it was the cheapest option) it is mostly just tags and initials…everywhere. Shop walls, under bridges, skyscrapers where I don’t understand how they even got up there with a can of spray paint, columns of colonial-looking buildings that would be pretty if they weren’t in complete disrepair…everywhere has graffiti.

Where were the beaches and palm trees and all things pretty? So far I wasn’t impressed.  I decided to head to Florianopolis (the closest place promising sand and sun) ASAP. But first I needed a bus ticket. To me, a bus ticket seemed like no big deal since my hostel was a 20 minute walk from the station but I was halted on my way out the door and told there was absolutely no way I could walk there alone. The streets surrounding the station (and pretty much every bus station in Brazil) are extremely poor and it wasn’t safe. Great. Welcome to Brazil.

Instead I took a local bus the day of to buy my ticket at the station last minute (I’d been told this would be fine and only locals can book online) but alas, all of the buses were booked. It was a 5 hour wait at the bus station for me, followed by a 7 hour bus to Flori.

Hard to score buses and lengthy ride times (this country is seriously big) would become a theme for my first few weeks in Brazil. January is the country’s summer holidays so apparently every Brazilian was on the road. Buses were booked up and hostels were either full or 2x their regular rates. It was expensive and annoying.

During my wait at the bus station I discovered something that actually really shocked me: nobody speaks English in Brazil. Considering it’s a developed country with buses like ours, malls like ours, and people dressed in clothes like ours, I just kind of assumed they would know it. I’m pretty sure I ran into more English-speaking people in Cambodia than I have in Brazil. Crazy.

Checking into my hostel in Flori I wandered to the main tourist spot to grab food with a Brazilian girl in my room (they have an area full of food trucks and lounge seating next to a skate park – highly recommend). She spoke zero English and I speak zero Portuguese so in the two hours we spent together literally all I learned was that she’s from São Paulo and her brother once went to Montreal. Two entire hours and that was the extent of our conversation. It made for a quiet dinner…

The rest of my Flori hostel was also full of Brazilians. This is great when they speak English because they can teach you about the culture, translate stuff for you, etc. (plus they’re quite lovely people and a blast to go out with) but when they speak purely Portuguese it makes for a lot of being left out of conversations and isn’t the best time. I decided to make the trip to the beach the following day solo.

Because it was the high season, traffic in Florianopolos was ridiculous. Bumper to bumper cars meant it was at least a 45 minute bus ride to get to any of the beaches on the island. This was not what I expected. But, I tried to make the best of it, deciding Joaquina would be my first beach of choice since I’d been told it was one of the prettiest.

Thankfully I ended up meeting two sweet Argentinian girls who spoke decent English so when by 5 pm I still hadn’t made it to Joaquina I tagged along with them to their chosen beach instead. We went for drinks that night and had some fun times but by the next day I was back to being on my own with the non-English-speaking Brazilians as my Stranger Friends returned to Buenos Aires.

I decided to hit up Mole, which is a surf beach that’s easier to get to. Honestly, it was just alright (I think the beaches of Asia have spoiled me and made me picky). It was crowded, the waves were too big to swim, and I didn’t find it all that pretty…but the people watching was epic.

Brazilians on the beach are enthralling to watch. They’re just so different. First of all, the Flori Brazilians are the equivalent of mythical unicorns. They look fabulous, beautiful long hair, perfect bodies (odd since the food here is all carbs and cheese…though I guess there is a gym on every corner), perfectly tanned in their thong bikinis. The men are a bit metro for my liking (I just can’t get into the whole itty bitty shorts and oiled up chests thing), but you gotta appreciate the level of care they put into their appearances here. They are the stereotypical Brazilians and they are beautiful.

Basically how it works is the men walk up and down the beach in packs, strutting their stuff until they find a group of girls they find attractive. Then they head over to chat them up. PDA is very accepted here, and the aggressiveness of their make-out sessions is quite the ordeal to watch (I sound creepy…it’s not like I’m staring with my mouth hanging open but it’s hard not to notice when the couple next you looks like they’re about to get naked).

Everybody rents chairs and umbrellas and aside from the flirting they appear to just sit around and eat. They sell a lot of different foods at the beach, some of it pretty weird. One of the popular ones is cheese on a stick covered in oregano that they roast on hot coals in front of you. It’s surprisingly good.

Then there’s the caipirinhas. A caipirinha is a local drink made of cachaça  (a Brazilian liquor that tastes like a mix of rum and tequila but has a higher alcohol content), lime, and sugar. Not lime juice…just the juice from a couple wedges of lime. Essentially you’re drinking straight alcohol mixed with sugar. They are potent (I once had a caipi so strong that I drank one – only one – and the room was spinning)…but extremely popular, especially on the beach and during happy hour.

Then there’s the beach clubs, which I stumbled upon by accident. I’d been tanning and travel planning when I walked to the closest building to find a bathroom. The closest building turned out to be a patio full of drunk locals (it was 3 pm), dressed to the nines, grinding on the dance floor to Portuguese club beats next to an array of outdoor hot tubs. It was all very Vegas.

As I stood in line for the bathroom next to a Brazilian girl with a full blowout and fake lashes clad in heels and Michael Kors I was very aware of how little I fit in here. Canada me? Maybe. But backpacker-grunge me? Definitely not. I dabbed the sweat off my pale, sandy, sunscreen-streaked face (I was straight outta Canadian winter…my body wasn’t ready for this heat) and awkwardly pushed my hideous (but so practical it hurts) travel purse out of eyesight. I peed and left. This beach club was not for me.

I ended up leaving Florianopolis after only a couple days, mostly because it was overpriced and aside from the parties it didn’t seem to be anything special. Also, the rain was setting in (and would follow me for the rest of the month) so I figured I’d head inland. Nobody likes a beach in the rain.

I realize now that my first two destinations: grungy Porto Alegre and swanky Florianopolis are not an accurate impression of Brazil as a whole, but if we’re going off of first impressions, from what I experienced in my first couple weeks I found Brazil to be expensive, over-hyped, and difficult to travel.

Thankfully things turned around at my next stop: the Iguazu Falls and would get increasingly better as I made my way north. I’m not going to write about Iguazu…it’s just some waterfalls (that span 2 countries, take 2 days to see and are epic as hell)…but you should go there. I’ll post some photos.

These were my first days in Brazil.