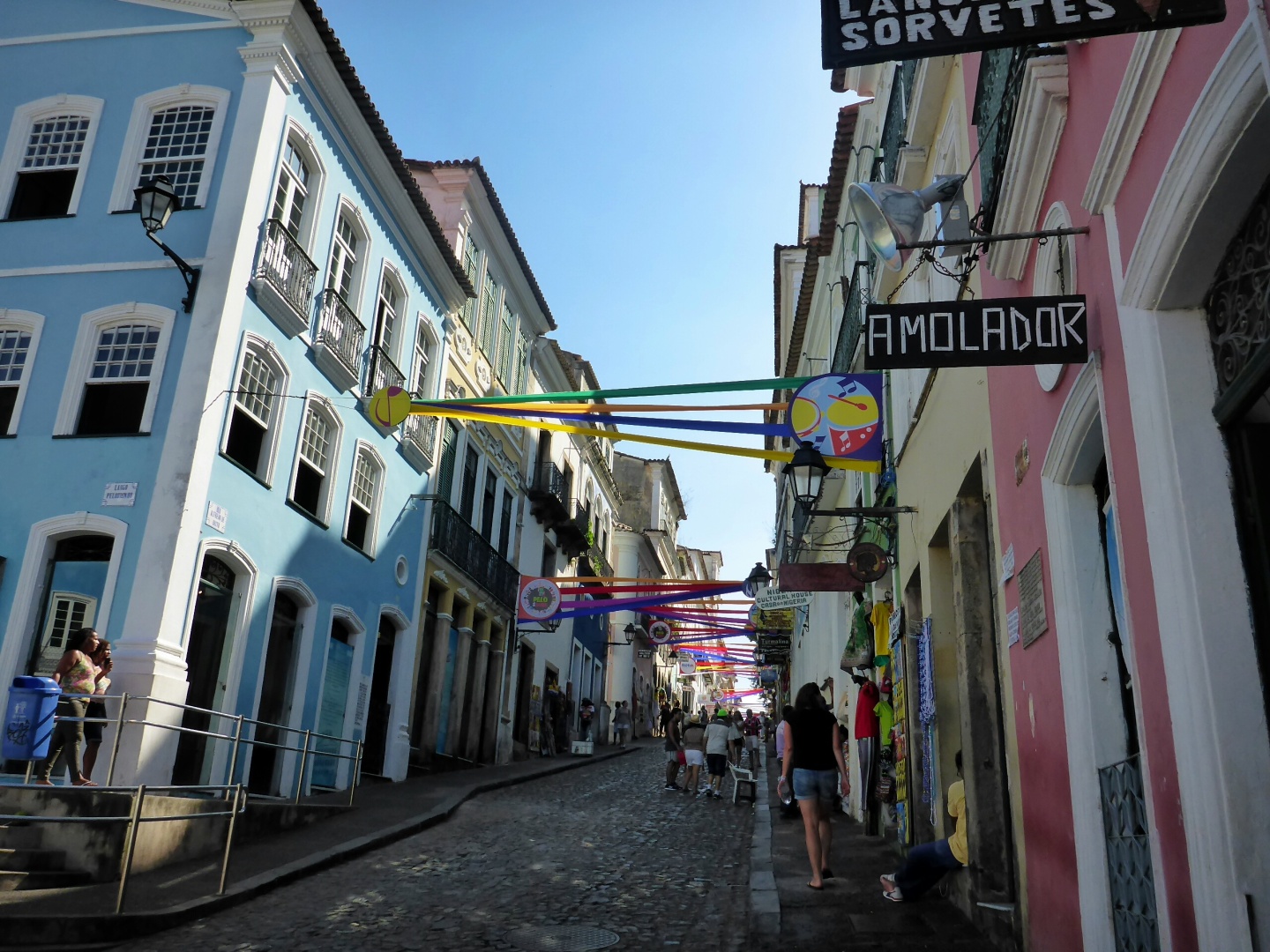 I had no desire to go to Salvador. In fact, I purposefully tried not to go to Salvador. Why, you ask? Because it’s sketch. The few people I’d met who went there said they felt unsafe and according to Lonely Planet it’s the most likely place you’ll be mugged in Brazil (a country already known for it’s lack of safety in the first place). Lonely Planet suggests you visit anyway, touting the unique African-influenced culture, but I wasn’t in the mood for a mugging so the city was not on my list of must-visits.

But…I got stuck there. I was coming from Paraty with a plan to head straight to Chapada Diamantina National Park. This involved a bus to Rio, a flight to Salvador, and an arrival just in time to catch a night bus to Lençois, gateway to the National Park. Everything was on time and my connections shouldn’t have been a problem except that upon arrival in Salvador the night bus was completely booked. I had no choice. I had to spend the night.

With my last minute stay I had a shit time finding a hostel (involving lost taxis, lots of being turned away, and a sketchy walk through dark streets with a potentially-friendly-but-we-can’t-be-sure stranger), made a lot more stressful by the fact that my brain likes to loiter on horror stories. But, at last I found a home, with plans to take a night bus the next day.

I had 12 hours to kill pre-departure so decided to wander the main tourist area: Pelhourino. The initial ambience made me nervous. My first stop was the tourist office and it was impossible not to notice the insane police presence. Cop cars, cop vans, and full-on cop trailers were on every other corner with at least one police officer stationed every hundred feet. I don’t know if this made me more or less nervous about the place.

I grabbed a map and chit chatted with the tourist information lady, asking if the rumours I’d heard about Salvador were exaggerated. She shrugged, asking me what I meant by “exaggerated,” and told me she watched a tourist get mugged outside her office 30 minutes prior.

But she told me I should still wander, just without valuables, and to stay in crowds never walking down a street alone. I did as I was told, taking photos only when standing next to a police officer and purposefully loitered near the poncho-clad tour groups being constantly aware of which streets I chose to stroll. My wandering options were limited since a lot of the streets were deserted (thank you, pouring rain that won’t GTFO) so I ended up not doing much and headed in for an early lunch.

The lunch was tasty (they had vegetables – yay!), and coming back outside Pelhourino was a different world. The clouds had cleared, the sun was shining, and the formerly slippery, eerily quiet streets were now filled to the brim with smiling tourists. The tiny shops that had been boarded up all morning were open and everywhere you went had artwork, galleries, and music. A drum group had set up in the main square, ladies in colourful African dresses were selling traditional Bahian food, and I watched my first capoeira performance (a martial arts thing I’d never heard of but apparently we have it in Canada), listening to live street music everywhere I went. 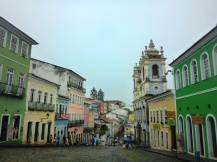 This place was seriously cool. I decided to stay another night.

I ended up booking a new hostel close to all the action and within my first half hour there I’d made a solid group of Stranger Friends. It was me, a Swede, and two Brazilian girls and our days were a full remake of Michael Jackson’s They Don’t Care About Us music video. Legit. My hostel was just down the street from where the video was filmed and I would wake up in the morning to Olodum (the drum group featured in the video) practicing directly outside my window. A simple walk to the market would involve passing two or three practicing drum groups (everyone was prepping for Carnival) and the music, the colours, the enthusiasm, and the (I hate to use this word but…) vibe were amazing. It was all very African and I loved it.

The nightlife was also super cool. Rather than your typical DJ’d nightclub everywhere you went had live music. There was one place we frequented that was free for everyone (you’d find kids, teens, and the elderly justa singin’ and dancin’ away), featuring African drumming, costumes, and traditional dancing. We’d hit that up and then wander across the street through a chocolate shop (weird entrance) where they had an outdoor stage set up in the back with a samba band. When that place died down everyone went to a salsa club where, again, they had a live band playing and locals doing dance moves I will never succeed in learning.

There were tourists but it didn’t feel touristy. It was all very…Afro. I guess back in the day Salvador was the main arrival point for the African slaves so the place has a really interesting history. The main square in Pelhourino was an old whipping post and the church steps is where they auctioned off the newcomers. While of course the people are now multi-generational Brazilians I liked it because the African influence didn’t feel forced. They’ve done well with preserving the African culture and I’d say culture-wise Salvador was my favourite city I’ve ever been to.

I ended up changing my bus ticket and spent an entire 5 days in the city I never wanted to visit. Every day was exciting and I am so, so glad I ended up there. On my last day in Salvador I went to the beach with my Brazilian Stranger Friend and spent the evening gossiping about our week’s adventures, waiting for my taxi to the bus station. Long gone were the days of me nervously checking behind my shoulder and eyeing every passerby suspiciously. I felt (at least somewhat) at ease in this city. I liked it here. And then I heard the gunshots.

Yep. Gunshots. Legit 10 minutes before I was set to leave someone got shot outside my hostel. At first I thought it was fireworks but when I heard a commotion on the hostel balcony I headed out to see what the fuss was about. I don’t really know what happened because my taxi arrived a few minutes later, but I guess two locals were arguing and one shot the other one…right in front of the police van stationed just down the street. They said there weren’t any cops around at the time (in a neighbourhood where cops are everywhere) but who knows…it’s Salvador.

My parting moment with the city was a sobering reminder of the realities of the place, but I’m still so glad I went there. I can confirm it: Salvador is sketch…but a really good time.