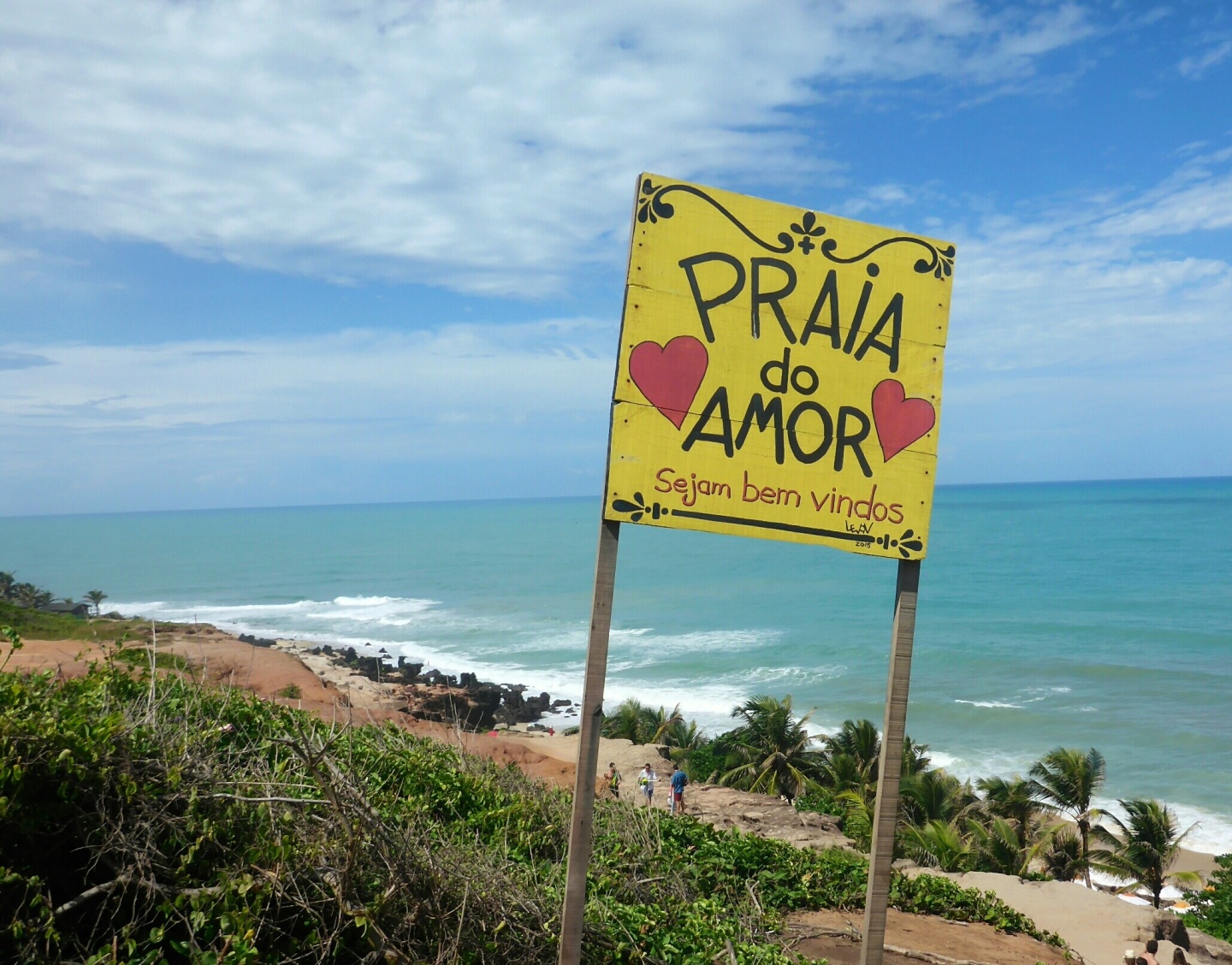 Back in Chapada Diamantina I’d met a couple hippies (surprise surprise) that told me I absolutely must visit the Northeast of Brazil. While originally I’d planned to head straight to Argentina post-Carnival, their hippie tales of sand dunes, dolphins, and “good vibes” convinced me otherwise. The Northeast did not disappoint.

I found a half-decent priced flight from Rio to Recife so decided to work my way North from there. Recife itself isn’t anything spectacular…it’s just a big city with a beach (that you can’t swim at due to the high numbers of aggressive shark attacks. Oh good). But, it was a good jumping off point for Praia de Pipa, a place that evokes the response “ahhh, Pipa” to anybody that’s been there.

Pipa was everything I wanted and more. It is beaches on beaches and just the right amount of touristy. I loved the place so much. The highlight? The day all of my animal dreams came true.

I’d been spending the week with a group of French Stranger Friends and between our beach hopping and caipirinhas we spent the majority of our time anxiously awaiting the arrival of Sunday. Why? Because Sunday was the day of sea turtle joy.

But first we’d do the dolphins. Reachable only at low tide, me and the Frenchies got up bright and early to make our way to Dolphins’ Bay, a bay with…well…dolphins. Swimming out from shore they splish splashed all around us and at one point a mom and her baby jumped five feet in front of me. It was epic. 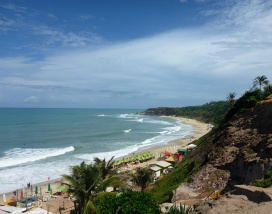 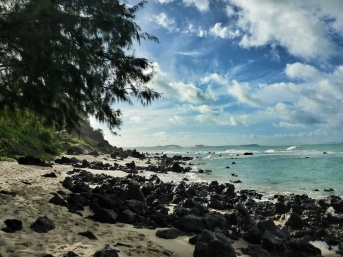 As if swimming with dolphins wasn’t enough excitement for a Sunday Funday, we followed that up with a visit to Madeiro Beach to catch the release of the local turtle babies into the wild. We had a few hours to kill before their scheduled scurry so lounged seaside eating fresh seafood, napping, and conversating. It’s a tough life on the road.

At precisely 4 pm we made our way down the beach for the moment I’ve been dreaming about for years. Unfortunately approximately 95 other people made their way down the beach, as well. Irregardless, it was a beautiful moment. I craned my neck past pushy tourists in giddy excitement as a hundred teeny tiny turtle babies scurried through the sand to the sea. Best. Sunday. Ever. 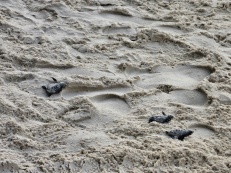 As with Pipa, anybody that’s been far enough North to reach Jericoacoara raves about it. A tiny town of four main streets made of sand, Jeri is all about the chill. My daily routine went like so: wake up, wander, nap, wander, pilgrimage up nearby sand dune for sunset, back to town in time for beach-side capoeira performance, dinner with the Frenchies, predrinks at beach-side caipirinha stand, capped off with attendance at each night’s party (reggae night, forró night, samba night…every genre gets a night). 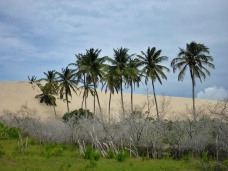 In addition to all of the chill, there’s also a popular day trip involving a dune buggy ride through the dunes and a trip to “Paradise Lagoon” which was, in fact, quite paradise-like. Just like Pipa, Jericoacoara lived up to the hype. 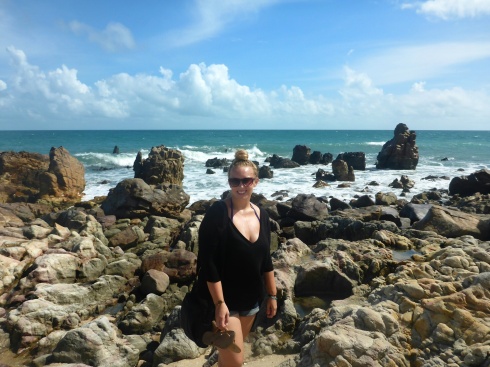 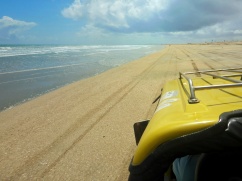 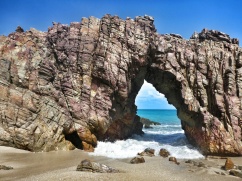 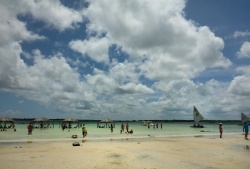 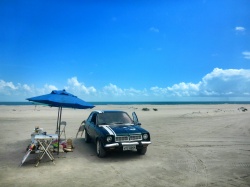 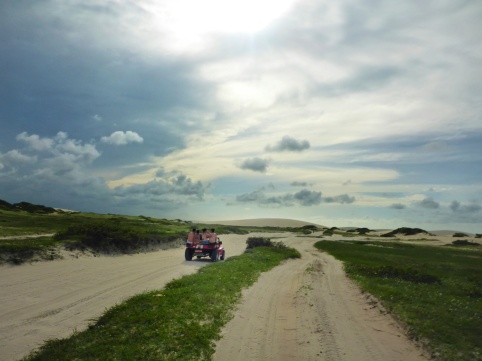 And finally, to finish off this lengthy post of gushing, there was Lençóis Marenhenses. A National Park filled with miles upon miles of sand dunes, Lençóis is best visited in the rainy season when the dunes fill up with thousands of lagoons for an epic sand and swim experience.

Because I was there out of season I was initially hesitant whether I should go at all, but after much deliberation me and one of the Frenchies decided to make our way to the dunes using local transport to save cash.

The trip involved six (yes, six) connections. There was the back of the pickup truck where I wasn’t sure whether to hold the handle bar or my boobs as we bounced aggressively through sandy pot holes, two run-of-the-mill buses, an overnight in a town in the middle of nowhere, and a decision to take a boat through a mangrove rather than bus just because. This was followed by some sort of giant truck-like vehicle, a one hour wait on some random dude’s patio, and one more truck-like vehicle through pure sand where roads to the next town were nonexistent. 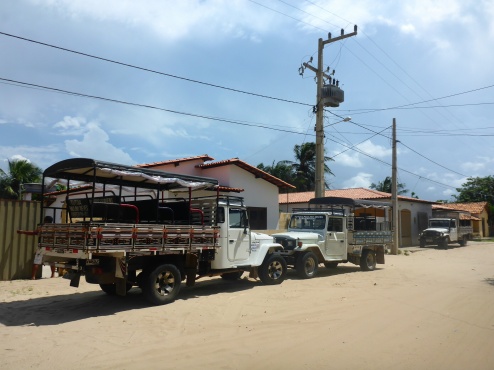 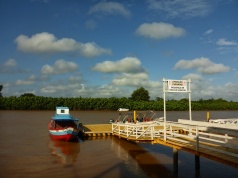 After two days travel we finally arrived to Barreirinhas, a dusty town acting as an entrance to the National Park. Sure, the place would’ve been better with the famous lagunas, but nevertheless the dunes were a beauty.

And that, my friends, was my trip through Brazil’s Northeast. So many tourists only head as far North as Rio and I honestly think that’s such a shame. You need to go here…I highly recommend.

Brazil’s Northeast is all the fun.