Having spent more than we anticipated on our Malaysian Christmas outfits, Karlee and I were determined to get our money’s worth. We made plans to spend her last day in Kuala Lumpur visiting the city’s tourist hot spots…decked out in our holiday apparel. We also decided to completely cake our faces in make-up as we thought this would add a little somethin’ somethin’ to the staged tacky tourist photos we had planned.

Now, I know that we looked ridiculous/slightly over-the-top, but we honestly didn’t think it would draw much attention. We were very, very wrong.

After smearing excessive amounts of blush on our (always) sweaty faces, we pulled on our layers of fabric and beading, heading down to the guesthouse lobby to begin our day of tourist fun. This was the scene of our first photo request. The guesthouse owner wanted a picture with us for their Facebook page. We obliged.

We walked through the backpacker district, posing for photos in front of anything we deemed touristy. We had made it *maybe* 10 minutes when we received our second photo request. Again, we obliged.

On route to our first destination of choice, the Petronas Towers, we received our third and fourth photo requests. Again, we obliged, and began discussions regarding the ridiculous amount of attention we were getting. Who would’ve thunk it?

Finally, we made it to KLCC (a mall at the base of the towers). It was mayhem. I would compare it to Boxing Day at West Edmonton Mall x2. This was the day after Aidilfitri so perhaps Malaysia does a similar Boxing Day sale-type-thing? I don’t know…but it was packed.

We immediately fled to the exit, pushing past wall to wall people, hoping to take some photos in front of a quiet little lake we’d seen a couple days earlier. Quiet, it was not. The lake provides nice views of the towers so everybody and their dog (well not really their dog…but their entire extended family) was there to take photos, as well. We decided to wait for a break in the crowd, take one classic tourist shot, and leave.

This was wishful thinking. Apparently the image of two tall white girls in Christmas gear and heavy makeup with an oh-so-scenic lake in the background was too postcard perfect to miss. We turned around to a group of 30 people snapping photos, not of their families, but of us. Then the frenzy began.

Muslim after Muslim came up to us, asking for photos in front of the lake. They were not shy in the slightest, putting their arms around us and pulling us in for the perfect shot. Then the Indian guys arrived, pulling in our faces for cheek to cheek photos (and a few unwelcome gropes) with the white girls.

Things started to get chaotic when we (no exaggeration) had at least 100 people trying to take photos with us at one time. People were pushing each other out of the way, grabbing us and pulling us in different directions, getting mad at each other for ruining each other’s photos…it was quite the sight to see. 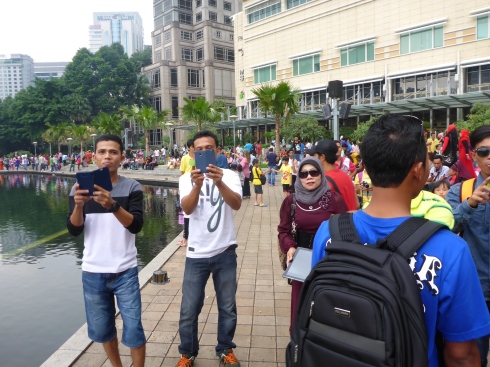 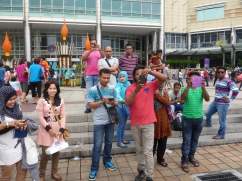 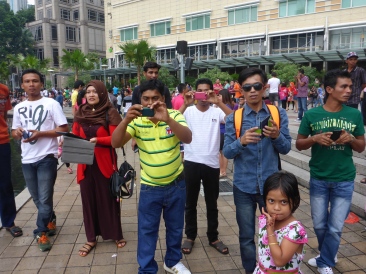 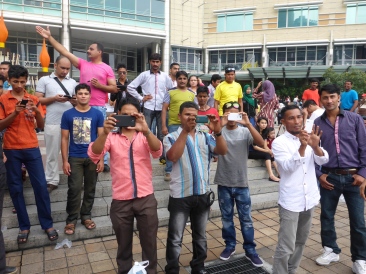 We tried to be good sports about it, smiling and being the generally polite Canadians that we are, but things were getting a bit aggressive so we attempted to bring order to the situation. We asked them to please form a line. They ignored us. We joked that we would now be charging $1 per photo. Again, they ignored us.

The mob was showing no signs of slowing down so after a good 15 minutes of faking smiles and sweating through our dresses we counted to 3 and made a run for it. Muslims yelled in protest, some of them even running after us, upset that they hadn’t yet got the perfect shot. This is what fame must feel like. #thecelebritylife. How exhausting.

The whole experience took a lot out of us. We were sweating (more than usual), our outfits were itching, and we were tired. If a minor little lake was this packed we could only imagine what the other tourist hot spots we had planned would be like. We did not care to find out.

We decided to end the day with lunch and a visit to a mosque. A rather unsuccessful day, I’d say, but it was an experience…and an entertaining one at that.